How to make yourself pee with Paruresis. If you’ve already read our feature on the little known form of social anxiety by the official name of Paruresis you’ll already know just how unexpectedly common this little talked about phobia actually. Read here: Paruresis Shy Bladder Syndrome – A Common But Little Known Phobia

Simply put, Paruresis (which goes by the more common name of Shy Bladder Syndrome) causes the sufferer to be unable to pee when in teh real or imaginary presence of others. Like many phobias to those unaffected it sounds quite funny but to those who suffer from it the effects can be significant to the point of avoidance of many social (or even work) situations.

The term Paruresis was first used back in 1954 by Williams and Degenhardt in a report published in the Journal of General Psychology. It was this report that defined it as “faulty or disordered micturition (urination)”. This definition kind of suggests a medical condition however is has since been officially recognised as a form of social anxiety disorder meaning it’s a problem of the mind rather than a physical problem.

Obviously we always advocate getting checked ou by a medical professional to ensure ther is no underlying issue before commencing any form of treatment.

By way of a very basic explanation the effects of Paruresis or a shy bladder means that the sufferer finds it very difficult or impossible to pee when others are around or even if there’s a possibility of others being around. Think about it … that means that a Paruretic will struggle with any public or workplace restroom. Even if it’s empty there’s always that chance of someone else coming in and that can be enough to prevent a flow.

You can read more about the effects here: Paruresis Frequently Asked Questions.

Paruresis – The Effects On Life

The International Paruresis Association state that it’s hoghly possible that thousands of sufferers have lost or given up their jobs due to mandatory urine based drugs testing related to their work.

There has also been a study by Vythilingum et al which concluded:

Many think it only effects men. Whilst it’s true it’s more prevelent in males because of the opem nature of male restrooms it most certainly does effect women too. Read more about The Different Effects Of Shy Bladder In Women And Men.

How To Make Yourself Pee With Paruresis

As it’s not a physical condition there’s no magic pill that will cure it overnight. That said it IS treatable and there are a number of ways which are outlined in more details here: How To Make Yourself Pee.

How To Make Yourself Pee With Paruresis – The Best Cure For Shy Bladder?

How to make yourself pee with Paruresis? Nothing works for everyone as we’re all different and there’s many different levels of Paruresis effects. That said there is a specifically produced self-hypnosis program that we suggest you may want to check out first. Reviews are excellent – it really does seem to make a difference.

The other reason we suggest it is the price. At less that $15 it represents incredible value and is affordable to all so you’ve nothing to lose (except your shy bladder!).

It’s aptly called simply the Overcome Shy Bladder Syndrome program. You can read all about it here >>>.

It comes in the form of a self hypnosis audio download which you can listen to over and over again in complete privacy and at a time and place convenient to you. It’s designed to re-program the mind to react in a rational manner when presented with a need to pee under pressure or in a public environment.

How To Make Yourself Pee 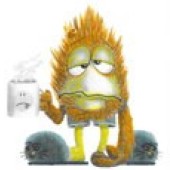